Hereâs how Vidyut Jammwal proposed to Nandita Mahtani in Agra

Here’s how Vidyut Jammwal proposed to Nandita Mahtani in Agra 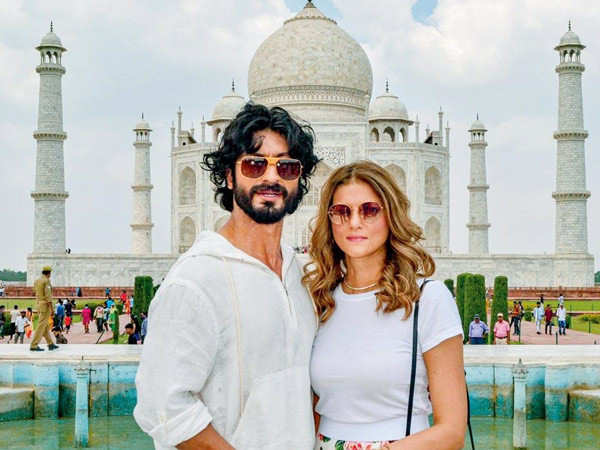 Big news is coming in as actor Vidyut Jammwal and designer Nandita Mahtani announce their engagement on social media. The couple has been secretly dating for a while and a picture from their trip to Agra sparked the rumour of the two taking the big step.

Confirming the news today, the two shared a couple of pictures on social media and announced that they are engaged to marry soon. Holding hands in front of the Taj Mahal and rock-climbing in Agra, Vidyut and Nandita posted pictures to share the big news. Now just that, Vidyut revealed that he asked her to marry him the “COMMANDO way” while rock-sliming and she said yes on September 1.

Check out the pictures below.