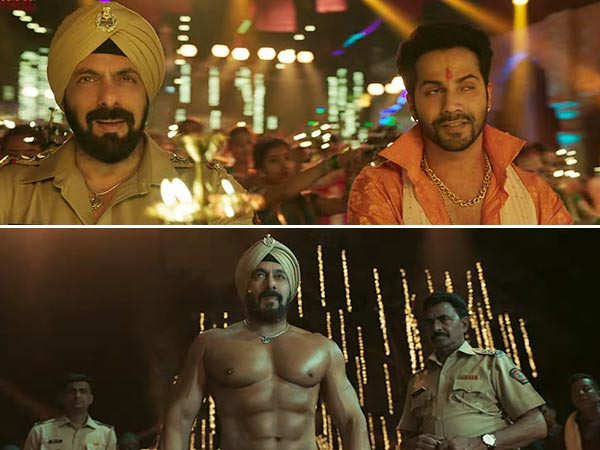 Any Salman Khan movie announcement is met with supreme joy on social media with the actor’s legions of fans going crazy about his latest look. The latest song from Antim, starring Salman Khan and Aayush Sharma in the lead role is finally out. Titled Vignaharta, the song is a celebration of the Ganesh Utsav that is celebrated with much gusto in India. Vignaharta has been written by Vaibhav Joshi and sung by Ajay Gogavale.

The music video for Vignaharta shows Varun Dhawan dancing at a Ganesh Utsav pandal while also offering prayers to Lord Ganesha. At different points in the music video, Salman Khan’s character of a tough cop interrogates culprits and rains bullets on the bad guys. Aayush Sharma also barges into houses and kills people at point-blank range. Both Aayush and Salman Khan appear at the pandal and join Varun Dhawan in celebration at different times.