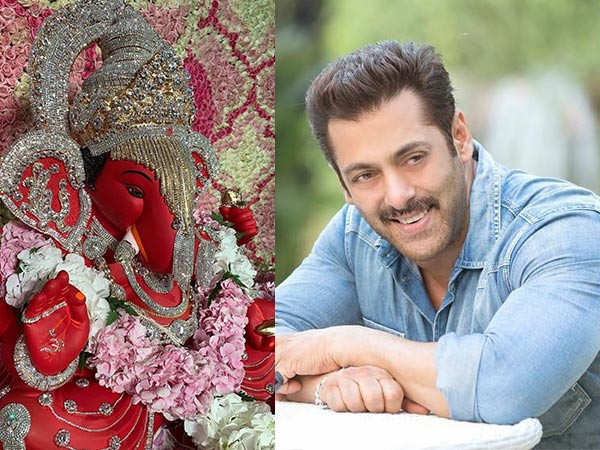 Salman Khan’s sister Arpita Khan has kept the tradition of getting Lord Ganesha at home for one-and-a-half day during the Ganesh Chaturthi celebrations. Several celebrities visit Salman Khan’s home for Ganpati and it’s one of the most talked about Ganpati celebrations in B-town.

However this year, Salman Khan won’t be able to make it for the celebrations. Salman Khan has been shooting for Tiger 3 in Russia, Turkey and Austria. The actor has been busy shooting abroad amidst the pandemic for the action thriller. However there was speculation that he might return to Mumbai just for Ganpati and fly back. E Times reports exclusively that Salman Khan won’t be rushing home for Ganpati. This year he has no option but to skip the celebrations as he can’t break the bio-bubble and come to Mumbai.

A source informs E Times, “Salim saab and family will have Lord Ganesha blessing their home for one-and-half days, like every year. But no, it’s just not possible for Salman to be a part of those proceedings. He cannot break the bio-bubble he’s shooting in, for Yash Raj’s Tiger.”

Salman Khan is shooting for Tiger 3 along with Katrina Kaif and Emraan Hashmi. The thriller franchise is helmed by Maneesh Sharma. Salman Khan recently released the poster of Antim which stars him alongside his brother-in-law Ayush Sharma.