Mrunal Thakur reveals her being in âloveâ with a certain cricketer

Mrunal Thakur reveals her being in ‘love’ with a certain cricketer 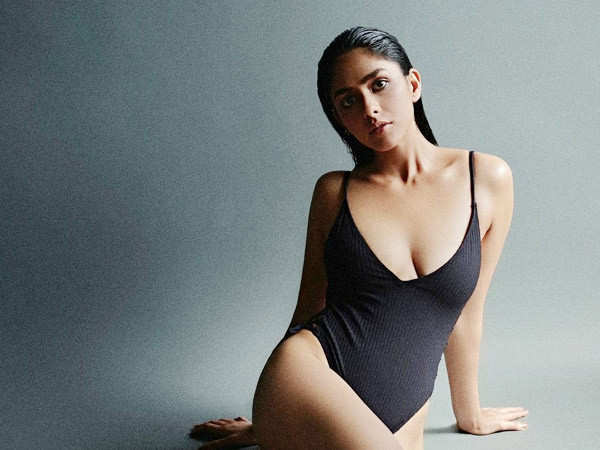 The nation loves movies and cricket. Whether one plays the sport or not, one cannot deny that there is some joy in watching India play cricket. Mrunal Thakur revealed to E Times today that she has been  a sports enthusiast and loved to watch cricket. The actress even reveals who has been her favourite cricketer and how she got hooked to it.

Mrunal begins off by saying that she was always good at sports in school. She used to play basketball and has been a part of few zonal matches too. Football too was her favourite and she with pride says that she has always been active when it came to sports.

Talking about her love for cricket, the actress makes a secret confession. She says that there was a time when she was madly in love with this certain cricketer. Here’s what she has to say, “There was a time when I was madly in love with Virat Kohli. I started liking cricket because of my brother who’s a big fan. I have fond memories of watching a match live at a stadium with him around five years ago. I remember I was wearing a blue jersey and cheering for team India. Cut to today, I am part of a cricket-based film like Jersey. It is such a happy coincidence.”

Now that’s really cute. Virat Kohli fans are everywhere and it’s no surprise that Mrunal is one of them. Mrunal will be seen in Jersey next where she will be seen with Shahid Kapoor. She even has a film with Ishaan Khatter called Pippa. Mrunal also recently bagged the lead role in the remake of Thadam which also stars Aditya Roy Kapur.