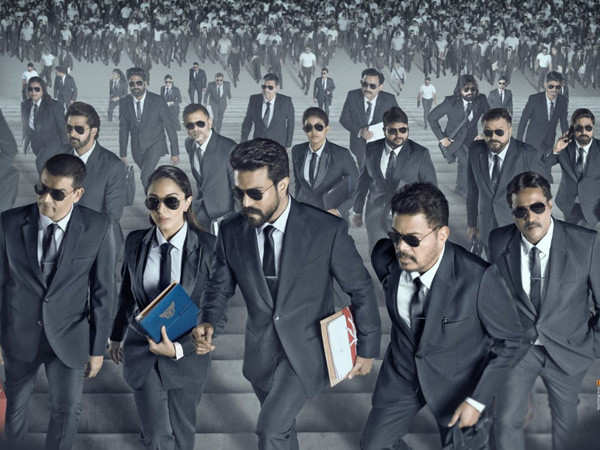 Ram Charan and Kiara Advani team up for South biggie and prolific director Shankar’s next. The film is said to be a political thriller and will have a pan-India release with the film releasing in Tamil, Telugu and Hindi. Today the makers have planned a grand launch for the film and it couldn’t get bigger.

The producer of the film – Dil Raju’s Sri Venkateswara Creations shared the news on social media with the tweet saying, ‘We are coming !!! #RC15 #SVC50 Muhurtham Ceremony Today.’ The ceremony has a grand launch as it will not just have Ram and Kiara but even superstar Chiranjeevi, Baahubali director SS Rajamouli and Ranveer Singh. SS Rajamouli and Ram Charan have become close friends ever since they have started working on RRR. Ranveer Singh’s presence at the event is because of his recent bond with director Shankar as they are going to team up soon for a pan-India film.

Currently titled as RC 15 and SVC50 is said to be a political thriller and it is said that approximately Rs 150 crores budget is put on to the film. Shankar is known for his breathtaking visuals and larger-than-life fight sequences and hence such a big budget doesn’t come as a shocker. His films like Anniyan, Robot and I have created the magic of visuals and great story-telling and this one is surely going to join the list.

Excitement level beyond ðÂÂÂÂ¯
for my First Pan India film.
My heart is filled with gratitude to be directed by the one and only @shankarshanmugh garu, my wonderful costar @AlwaysRamCharan produced by #DilRaju garu.
With your blessings, love and good wishes our film has begunðÂÂÂÂÂÂðÂÂÂÂ¼ pic.twitter.com/y3AJ7fakqv