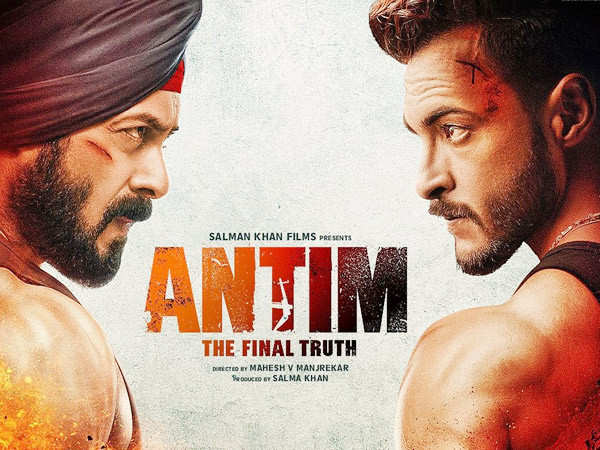 After a lot of anticipation and excitement, the makers of Antim: The Final Truth have unveiled the first poster of the film depicting the daunting rivalry of the dreaded gangster Aayush Sharma and the fierce cop Salman Khan.  The poster depicts the clash between the two leading men highlighting the plot of the movie revolving around a cop and gangster with differing ideologies. As a two-hero film, Antim brings the two strong, powerful characters from entirely two divergent worlds in a face-off.

The makers released the poster of the film this afternoon and Salman Khan took to social media to post the same and captioned it as, “Buraayi ke ant ki shuruwaat. Ganpati Bappa Moriya #Antim”.

Presented by Salman Khan Films, Antim is produced by Salma Khan and directed by Mahesh Manjrekar.