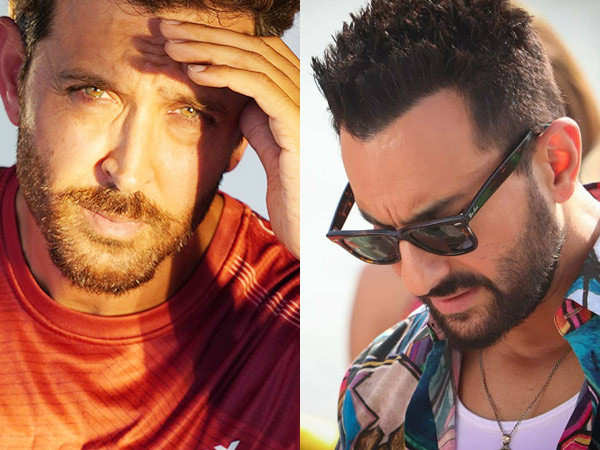 Saif Ali Khan has the most exciting line up in the movies. He plays the role of Raavana in Om Raut’s Adipurush, and in the other project he plays a cop for the remake of Tamil flick Vikram Vedha. For Vikram Vedha remake, he teams up with Hrithik Roshan after almost two decades.

Saif Ali Khan and Hrithik Roshan together in a gritty thriller would surely make an interesting watch. However in a conversation with an online portal, Saif Ali Khan made some honest confessions that got us surprised. The actor spoke to the portal and said that there was one reason why he wouldn’t have come on board for the remake. Saif Ali Khan says that he would have not done the film if the makers had planned a dance sequence with him and Hrithik Roshan. The actor knows that his dancing skills are not up to the mark as Hrithik’s and hence he candidly says that would be a no-no for him. What’s more, he even adds that no filmmaker would want him and Hrithik to dance together until they want to make a strange film.

Vikram Vedha is a Tamil thriller which starred R Madhavan and Vijay Sethupathi. Both the actors had picked Filmfare Awards for their performance in the film. Saif Ali Khan and Hrithik Roshan had shared screen in Na Tum Jaano Na Hum which was released in 2002 and since then the two have not done a film together. Almost two decades later, an interesting script brings them back together.