Kartik Aaryan begins preps for Shehzada and leaves a hint

Kartik Aaryan begins preps for Shehzada and leaves a hint 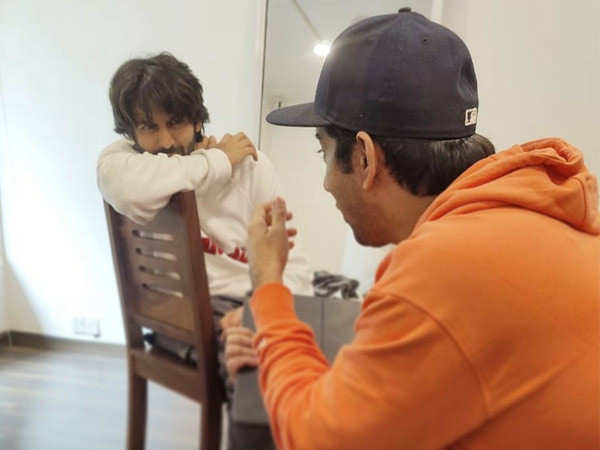 Since last year a lot has been talked about the Ala Vaikunthapuramuloo remake. Ekta Kapoor has bought the rights and Rohit Dhawan is said to be directing it. It’s said that the film has found its leading hero in Kartik Aaryan but the makers have not revealed it and neither the actor.

Kartik Aaryan has been clicked at Rohit Dhawan’s residence on several occasions. Today the actor shares a picture where he’s seen in discussion with the director. Kartik looks cute as he intensely listens to the actor. The actor smartly leaves a crown emoticon as a caption and his fans soon were ready to catch on to the fact that he’s with Rohit Dhawan to begin preps of the film. The South film is being remade and rumour mills suggest that they have named the film Shehzada which means Prince. No wonder the smartly dropped the emoticon as the caption and netizens and his followers caught on to the hint.

This is the first time Kartik has shared a picture related to the film. The actor is the busiest hunk in town as he’s dealing with two films together – he’s wrapping up his first horror comedy Bhool Bhulaiyaa 2 and he’s also shooting for his thriller – Freddy.

Kartik Aaryan’s Shehzada is said to reunite him with his Luka Chuppi actress Kriti Sanon. The two will team up for this one and Manisha Koirala is said to play the mother’s role which was played by Tabu in the original. Now let’s wait and watch this entertainer in Kartik Aaryan style.