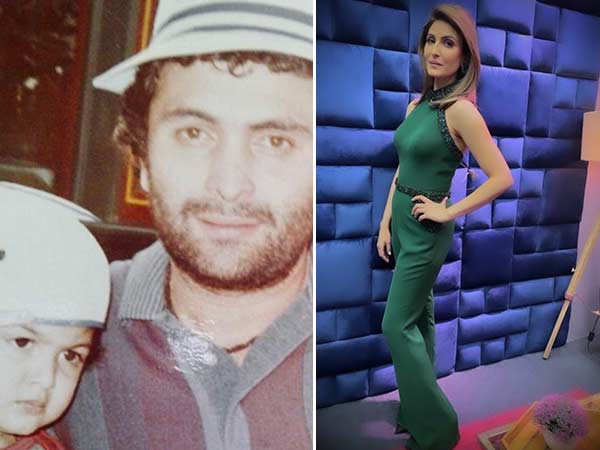 Today Rishi Kapoor marks his 69th birth anniversary. The actor who left us last year after succumbing to his long illness, has left a void in cinema and for fans who loved him to the core. Riddhima Kapoor Sahni took to her social media to remember her father.

Riddhima Kapoor Sahni shared a picture with her father. The click is a throwback picture where we see a tiny Riddhima with her father and both are donning caps. Rishi Kapoor is all smiles for the camera, while baby Riddhima looks distracted. Riddhima shared this lovely unseen picture of Rishi Kapoor and captioned it saying, “Hi Papa… We celebrate you everyday! We miss you & we love you! Heaven’s brightest shining star! Happy birthday! Love you to the stars & beyond …. Always …forever Mushk”

Now that’s really sweet. Riddhima was very close to her father and ever since the actor has left us for heavenly abode, the diva periodically always shares sweet anecdotes about her father or shares some unseen pictures of him.

As soon as Riddhima shared this post, several celebrity-friends posted heart-emojis and sent out love and strength for her. Manish Malhotra, Sonali Bendre, Bhavna Pandey and others dropped comments on the post.

Last evening, Riddhima had even shared a picture of her daughter Samaira with Rishi Kapoor and left red-heart-emoticons.