Did Nusrat Jahan confirm her relationship with Yash Dasgupta?

Did Nusrat Jahan confirm her relationship with Yash Dasgupta? 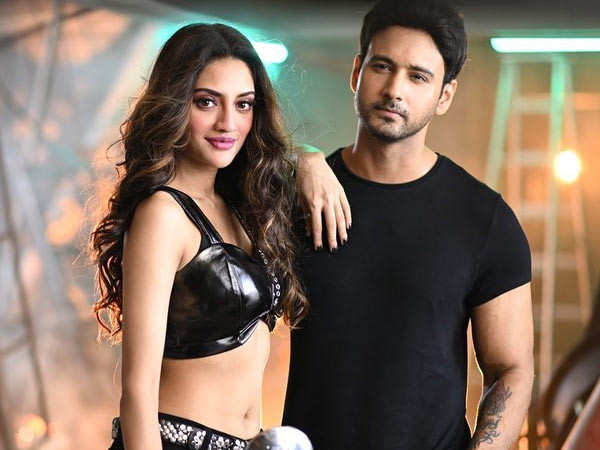 Actor and politician Nusrat Jahan gave birth to a baby boy last week. Her rumoured boyfriend Yash Dasgupta was allegedly by her side during the process and he had even confirmed the news of the baby’s birth. While the two actors have never publicly confirmed their relationship and nor has Nusrat spoken about the father of her child, the actress did share a fan-made video on her Instagram Stories that congratulated her and Yash for the birth of the baby.

“Mubarakan to Yashrat for Yishaan, As we can’t get any glimpse of our #babyjaan so I made this chotu sa vm to wish you both, lots of love from #nusratians to #babynj,” the original post read and Nusrat shared it on her Instagram Stories with an “XOXO”.

“For those who have been enquiring about Nusrat’s health, the mother and child are healthy and doing well,” Yash had shared following the baby’s birth. In June this year, the new mother was caught in a massive controversy after she claimed that her marriage to businessman Nikhil Jain was null and void. Nusrat and Nikhil had tied the knot in a lavish ceremony in Turkey in 2019. However, Nusrat claimed that her marriage to Nikhil was not valid as it had not been registered under the Special Marriage Act.

Nikhil has wished Nusrat well following the baby’s birth. “There might be differences between us, but I am wishing the newborn and his mother all the best. I wish the baby boy has a bright future,” he told PTI.