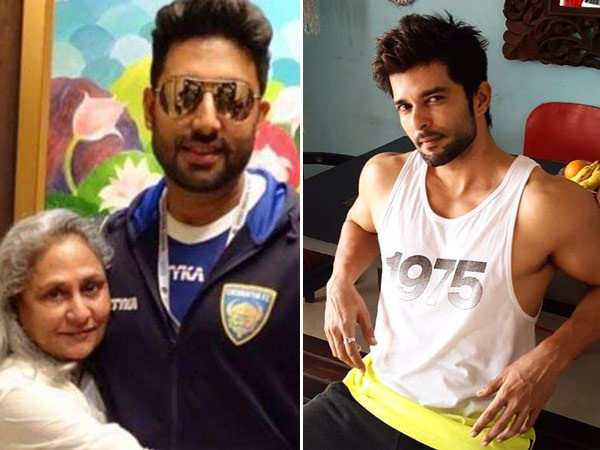 Raqesh Bapat has said that veteran actress Jaya Bachchan had once considered him to be her son, actor Abhishek Bachchan’s competition. The Guddi actress had also allegedly told Abhishek Bachchan to “look out” for Raqesh Bapat. Raqesh made his debut with Tum Bin in 2001.

“On the same day–July 13, 2001, Aks had released and that screening was happening before us. So we were waiting in the parking lot. Suddenly I see Amitabh Bachchan, Jaya Bachchan, Abhishek, Rakeysh Omprakash Mehra, everyone stepping out. Jaya ji saw me from far away and came to me and said, ‘You’re that Bapat boy right? I’m so proud to meet you, you’re so promising. I keep telling Abhishek to look out for you’.” Raqesh remembered Jaya calling Abhishek, who hugged him and said, “Dude, every time your promo comes, my mom calls me and says look out for this guy, he’s your competition’,” Raqesh told a leading news portal.

“Suddenly I was in front of such legends and I didn’t know what to say. Mr Bachchan said Tum Bin looks like a good film. My entire family was in awe seeing the Bachchans in person. My parents almost fainted I think (laughs). My father was against me taking up this profession. He wanted me to get a job. But this instance changed their entire outlook towards what I was doing. These are the validation you get for the work you do,” he added.

Currently Raqesh is a contestant on a reality show on OTT.