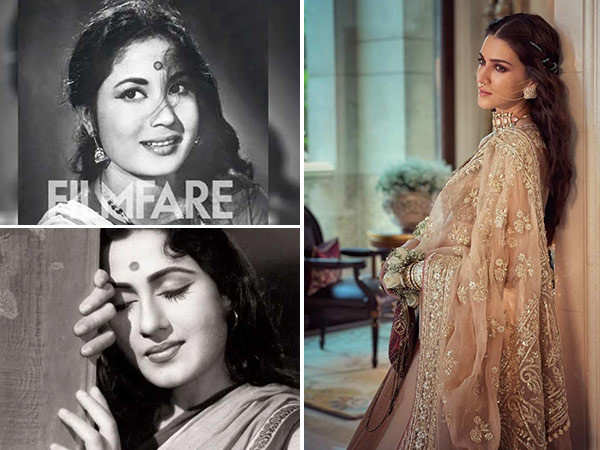 Kriti Sanon has a bunch of big releases in the coming years and she has just ‘delivered’ a hit with her last film Mimi where she played a surrogate mother. Since Ms Sanon is the new toast of the town, all eyes are on this actress and her next moves. Recently she spoke to E Times and listed out her wishlist of a certain kind of films she wants to do.

In her exclusive interview with E Times, the actress said she’s keen to do biopics on film personalities. She said that Madhubala is her favourite and would love to play her in her biopic, and her list also includes Tragedy queen – Meena Kumari. Speaking about her dreams and ambitions, she said, “There are certain personalities in our film industry who have been iconic and whose lives I feel people don’t really know much about. But people should know about them. And apart from Madhubalaji, I would love to play Meena Kumariji in her biopic. Both were iconic heroines of their time and I personally too would love to learn more about them.” Now we hope some director is reading this.

Kriti Sanon has never been a part of a biopic, but her upcoming films are a bouquet of varied genres. Kriti will be seen in Aadipurush with Prabhas, Ganpath with Tiger Shroff, Bhediya with Varun Dhawan, a film with Rajkummar Rao, Bachchan Pandey with Akshay Kumar and rumours are rife about her reuniting with Luka Chuppi co-star Kartik Aaryan for Shehzada.