Nushrratt Bharuccha on her films love and more

Nushrratt Bharuccha on her films, love and more 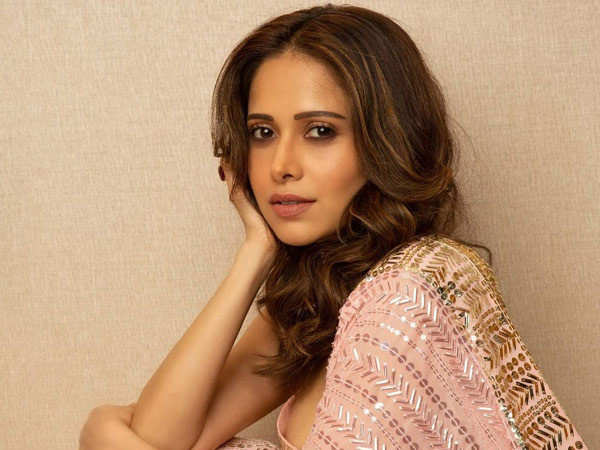 Nushrratt Bharuccha made a name for herself with Luv Ranjan’s Pyaar Ka Punchnama (2011) and thanks to its success she landed grey-shaded roles in films like Pyaar Ka Punchnama 2 (2015) and Sonu Ke Titu Ki Sweety (2018). The actress changed tracks with Dream Girl (2019) and Chhalaang (2019), where she played positive characters. With Ajeeb Daastaans (2021), she was back to playing a twisted character. Her role as a maid in the Raj Mehta directed segment got much appreciated. She says she had much fun on the sets even though it was a dark film. And adds the director and his entire team had a wacky sense of humour. “My co-star, Abhishek Banerjee, is a prankster as well. There were times the shooting got delayed because I couldn’t get into my character as I was laughing so much. We all used to dine out together after pack-up.It was amazing.”

She mentions she has no qualms about playing dark or difficult characters because they’re much more fun. And they provide her the leeway to do more as an actor. “I like dwelling in those spaces where you don’t know why a character did a certain thing. You want to ask ‘why’. You want to understand their motives. My characters in Dream Girl or Chhalaang were plain vanilla characters compared to what I’ve done earlier or even what I did in Ajeeb Daastaans. Why just settle for vanilla when there are so many other flavours,” she asserts.

She loved Minal, her character from Ajeeb Daastaans because it was full of ambiguities. Minal stole money or lingerie but she wasn’t a thief. Or rather, in her eyes she wasn’t a thief but someone from the margins trying to get by through whatever means possible. Nushrratt says when you play such characters, you begin by not judging them. “She’s about to join a new house as a maid. She knows that the man who owns the house has designs on her. ‘Kya kar lega, 3-4 ghanta dekh lega na aur uski biwi hain ghar pe aur karr bhi kya sakta hai’ (What’ll he do. He can only stare at me for 3-4 hours. His wife is at home, what else can he do?) This one line shows both her strength and vulnerability. And it’s all too real because that’s the kind of society we live in.” She loved Inayat Verma, the little chipmunk who played her sassy younger sister in the film and says she hasn’t met a more sorted person. The child never used to get bothered by anything and coped with delays and night shifts with the calm of a zen master. Inayat even used to cue in Nushrratt’s lines if she misstepped. “I’ve never seen a person like her. Conversing with her felt like one’s talking to a person closer to one’s age than a much younger person. I spent much time with her and her parents and it was an enriching experience. I hope she doesn’t change. If she continues on her journey she might become one of our top stars one day.”

ushrratt is excited about her forthcoming horror film Chhorii directed by Vishal Furia, who is redeveloping his own Marathi hit Lapachhapi (2017) into Hindi. They’ve got Crypt TV on board as producer so one can be sure it’s going to see international distribution. It’s a horror film with a message and contains plenty of humour as well. A major portion of the film was shot during the pandemic. “We were shooting from November to December last year in Bhopal. Nobody was allowed without PPE kits, masks or gloves. There was a constant rapid check every day. We were all in one quarantine hotel. We took every precaution and shot for 28 days with zero COVID-19 cases.” Nushrratt plays an eight months pregnant woman in the film. It was a new experience for her as she had no parallels to draw upon and was constantly asking her pregnant friends about the experience to get into the mindscape of her character. She got so involved with her character that like an actual pregnant woman started getting emotional fluctuations. Once, she broke down in the middle of a scene and started crying. “I wasn’t required to cry in the scene so the ADs came to me and told me the director had said cut and I should stop acting. The cameraman noticed something was amiss and he called the director, who was reviewing the scene on the monitor. My director came running and seeing my condition he ordered everyone off the set and just let me cry privately. He understood that I needed to let it all out at that time.”

The talk veers to Ram Setu. The big budget film has Akshay Kumar and Jacqueline Fernandez as her co-stars. It’s the biggest film she has signed as yet and hence she’s obviously over the moon about it. Akshay is said to be a stickler for timelines and also a fitness freak. He’s also said to be quite a jovial person on the sets and Nushrratt agrees he’s all that and more. “There’s never a dull moment when Akshay sir is on the sets. He’s always cracking jokes and making sure everyone around him is relaxed. He takes care of everyone on the sets. His team carries enough food to feed everyone so we were always munching on something. I was apprehensive initially about working with him but the relaxed atmosphere on the sets helped me deliver my best,” she adds. She had met Jacqueline during an awards function and the two girls had immediately bonded. Nushrratt remembers using different Instagram filters with Jacqueline and clicking all sorts of crazy selfies with her. So there was a connection with her from before. “She’s one of those absolute rare, genuine, open hearted, loving souls who made me feel so comfortable. I was so welcomed and so loved while shooting with her. Hands down she is my favourite person. Definitely a major crush, I love her,” gushes Nushrratt. It’s not as if she needs to be welcomed on every set. While Nushrratt agrees that a fun atmosphere leads to better takes, she says she can emote next to a cardboard cutout if need be. “I’m an actor. I can romance a mannequin if my director asks me to. Basically what we do comes from within. I need to tap into my own space to deliver. That’s what being a professional is all about.”

Akshay Kumar tested positive for COVID-19 and everyone associated with him had to self-quarantine. Nushrratt wasn’t on the sets when that happened but felt bad for the producers as they had to shut everything down. Then, the second phase of lockdown happened and the shooting was stalled again. It remains stalled as we speak. She’s glad that Akshay made it back home safe and is waiting for the curbs to be lifted so that the shooting can start again. “The unit had taken so many precautions. Everybody had to take the COVID-19 test before coming to the shoot. Everybody was wearing masks and face shields. And only actors were allowed to take them off, that too when the camera was rolling. So I don’t know how it happened,” she muses. “I trust the makers completely and will report on the sets whenever they need me,” she comments.

To minimise their losses, filmmakers have taken to releasing their films on OTT. Nushrratt isn’t bothered by this fact at all. Her stance is that the film should get to reach the audience. It doesn’t matter if it’s in the traditional way through theatres or through OTT platforms. “We wouldn’t have been able to release our films at all if these platforms weren’t in existence. I’d rather put my stuff out there rather than have it gathering dust somewhere. It’s a new lease of life,” she reflects. A decade in the industry and she still gets nervous when her film is nearing its release. She starts hyperventilating majorly. And she also doesn’t like to go to preview screenings. “I’ve never seen a film of mine before its release. I only watch my own portions even while dubbing. I catch it after three-four days of release. I don’t know how others can be so cool about it all,” she wonders.

And she isn’t comfortable doing publicity interviews either. “Because I’m a nervous wreck during those days. So it’s hard to meet the press and answer all those questions. I’d rather dig a hole somewhere and hide. I joke with my producers that I’d rather do the publicity interviews after a film’s release and not before,” she adds with a grin. My last question is about her relationship status. She’s been linked by the press to director Luv Ranjan, though both of them have denied any romantic angle. Nusrratt says she’s very much single and ready to mingle. “I’ve a legit question — where are the men? I’ve been ready to be in a relationship for a long time but it doesn’t seem to happen. I’d love someone to sweep me off my feet.”
Amen to that!