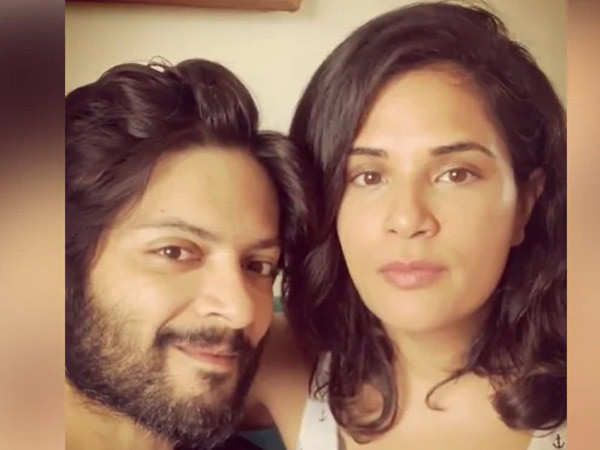 Richa Chadha and Ali Fazal who have been together for a long time now are all set to tie the knot soon. Well, they were supposed to do it last year itself before the pandemic walked over their plans. However, the couple will soon take the next step but until then, we love watching these two get all mushy on social media. Whether it is their holiday pictures or plain appreciation, they always have each other’s back.

During an ask me session with Richa, a guy told her that his girlfriend has a crush on Ali Fazal. She had an epic reply to the same. She wrote, “That’s normal, he’s perfect.” However, she added an eye emoji and wrote, “But also…” indicating that she’ll have an eye on her. Sweet, isn’t it?