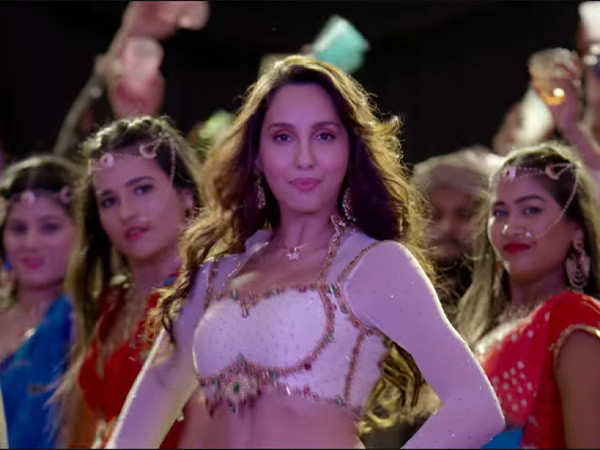 The much awaited song from Bhuj: The Pride of India, Zaalima Coca Cola, just dropped and is already on its way to hit 500,000 views. The music video of the song features Nora Fatehi dancing to Shreya Ghoshal’s voice. The track is being touted as the “party song of the year” and shows Nora dancing at an event. The music video has Nora changing her outfits twice and doing her famous bellydance. The trailer for Bhuj: The Pride of India shows Nora as a spy/combatant so it is possible that the makers have added this song at a sequence in the film when Nora tries to extract information.

What’s also interesting about Zaalima Coca Cola’s music video is that Shreya Ghoshal, lyricist Vayu and musician Tanishk Bagchi get big credits towards the end of the song – a practise that has usually been reserved for the ‘stars’ of the film. The dance has been choreographed by Ganesh Acharya. Bhuj: The Pride of India is based on the 1971 Indo-Pak war and stars Ajay Devgn, Sanjay Dutt, Sonakshi Sinha, Ammy Virk, Sharad Kelkar and Nora Fatehi in the lead roles.

Bhuj: The Pride of India is set to stream on an OTT platform from August 13.

Watch the video for Zaalima Coca Cola below.