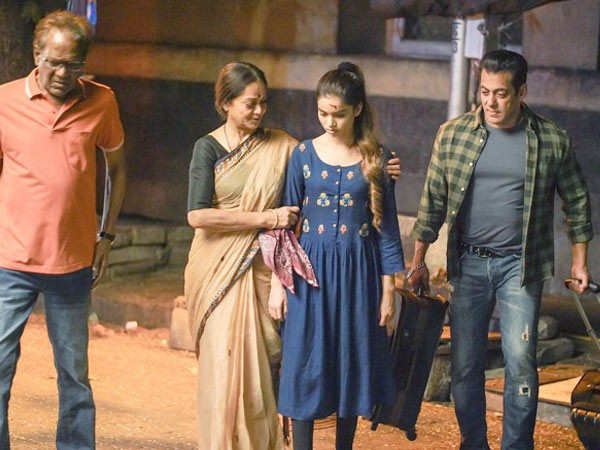 Salman Khan kept his promise and released his latest film, Radhe: Your Most Wanted Bhai with a hybrid release, on OTT and in select theatres. The film did not receive great reviews but the viewership was quite high on the streaming platform.

Radhe is one of Salman’s shortest films ever with a total runtime of 109 minutes but the original cut, before it went to OTT was above two hours. Some unseen stills from the film have surfaced on the internet and they show Salman with his on-screen family in the film, played by Virendra Saxena, Zarina Wahab and Nancy Jain. The scene was apparently an encounter between Radhe’s sister, played by Nancy and the villain in a train. There was also a song that Salman had with the entire family.

Talking about the cut, a source close to the makers revealed, “There was a track of Salman Khan and that of his parents and sister, played by Virendra Saxena, Zarina Wahab and Nancy Jain. The whole chunk was removed by the makers. It was a nice track but the producers, including Salman Khan, took the tough call with a heavy heart of chopping it off from the final cut to reduce the film’s length.”