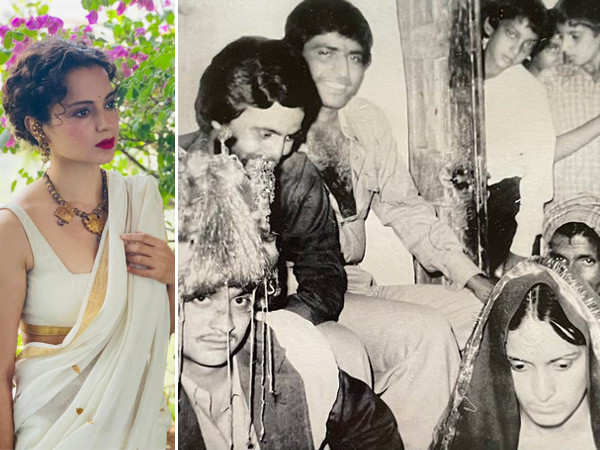 Kangana Ranaut is extremely active on social media and all of us are well aware about it. The actress isn’t afraid of speaking her mind on public platforms. She is opinionated and doesn’t shy away from stating what she believes in. Today, Kangana took to Instagram to share a detail about her parents’ love affair. In the post, she revealed she and her siblings thought that her parents had an arranged marriage, till her Nani told her the truth much later.

Wishing her parents on their anniversary, Kangana wrote, “Today is the wedding anniversary of my parents, growing up they lied to us that it was a conventional arranged marriage it’s only much later nani told us they had a raging affair, papa saw mom at a bus stand returning from college, took that bus every day till she noticed him. When papa sent proposal Nana ji brutally rejected cos papa didn’t have a good reputation, Nana had selected a groom with a government job for mom, she was his favourite and lovingly called her Guddi, but mom fought all odds and convinced Nana, thanks for that, happy anniversary.”