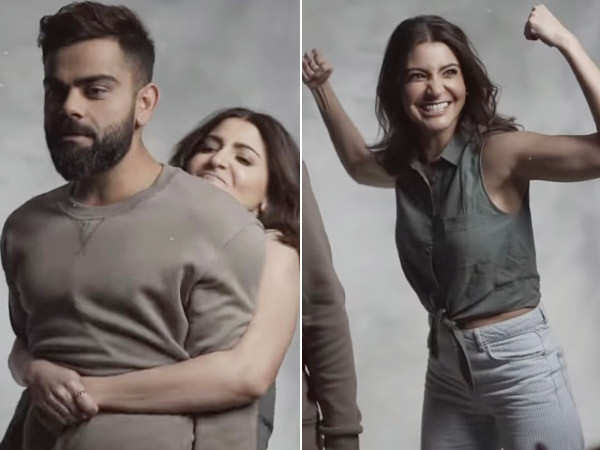 Anushka Sharma and Virat Kohli are without a doubt one couple that this country loves to love. They are adored by millions of people across India and even though they have a strong fan following separately, they have a fanbase which is purely dedicated to them as a couple. The duo has done almost everything right since the day they decided to become man and wife and have wowed their fans time and again with their decisions. Be it Virat’s paternal leave or Anushka cheering on Virat in every match possible even while being pregnant, the duo never fails to be by each other’s side no matter what.

Today, Anushka took to Instagram to share a really sweet video from one of their shoots together. Anushka is seen trying to pick up Virat Kohli in the BTS video. Soon she successfully does so and is seen smiling ear to ear to celebrate it. If you haven’t watched the cute video yet, check it out.