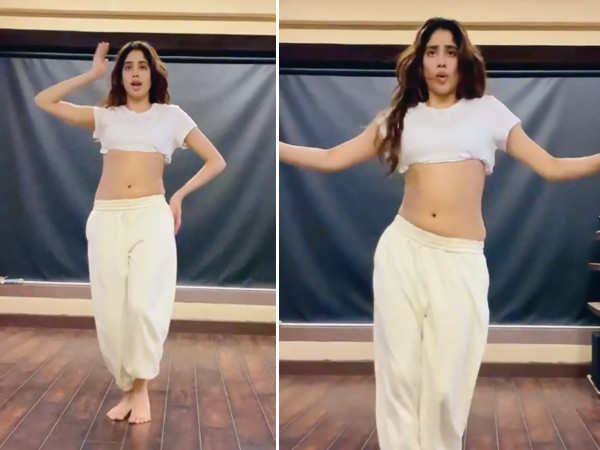 Janhvi Kapoor is one of the most promising young guns of Bollywood currently. The actress has delivered an impressive performance in her last release Gunjan Saxena: The Kargil Girl. She has wowed one and all with her innocence and valour on screen. Janhvi has a really endearing personality which works wonders for her in the public eye.

The actress has a massive fan following on social media and keeps giving her fans a good dose of her daily happenings m. Today, the actress posted a throwback video of herself belly dancing like a pro on San Sanana from the film Ashoka. The stunner is seen doing some crazy belly dancing moves on the beat and the video is surely to leave you spellbound.

If you don’t believe us, check it out for yourself.