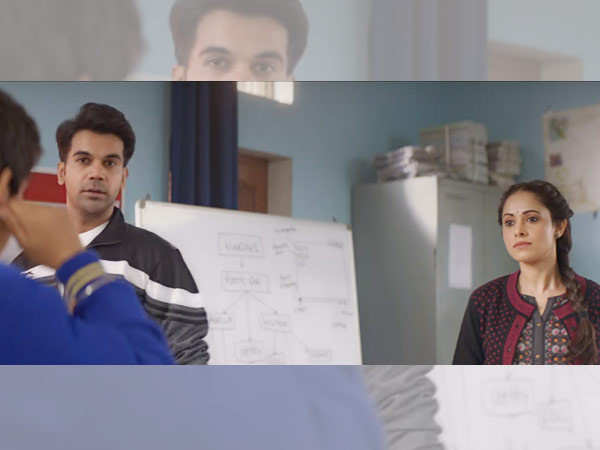 In a world where sports biopics are becoming a trick of the trade, here comes a fictional story about two coaches from a small town. Rajkummar Rao and Mohammed Zeeshan Ayyub lock horns for the position of the PT teacher in a small school and fight for self-respect and love. Chhalaang, directed by Hansal Mehta explores an absolute new territory with its story.

Also starring Nushrratt Bharuccha as the carefree computer teacher whose love these is the prize they’re two fighting over. The trailer is indeed a laugh riot. Acing the local accent, feel and essence of the story, all three actors with the support of Ila Arun as the principal, Satish Kaushik and Saurabh Shukla make this trailer worth a watch.

Simple, effective and interesting, Chhalaang’s trailer starts with the introduction of the useless coach, Montu (Rajkummar Rao) who lives up to the quote, “Those who can, do. Those you can’t teach.” Not just on the playing field, Montu is cleaned bowled in his love life as well till the new computer teacher joins the school. A friendship builds between them but then arrives Mohammed Zeeshan Ayyub, who plays the tough PT teacher, Montu has to fight against to keep his job.

The film will release on Amazon Prime Video on November 13. Till then check out the trailer below.