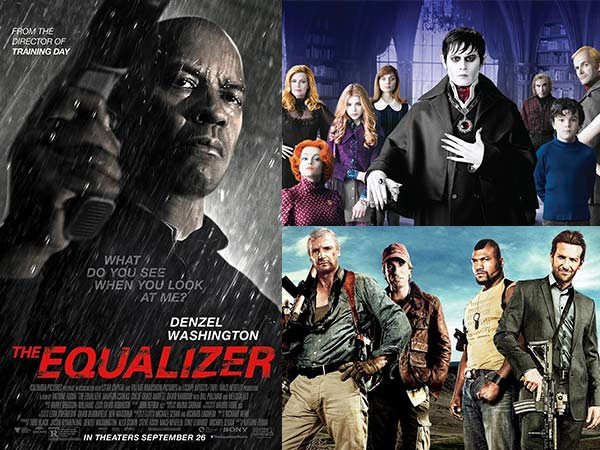 The American TV industry is as big, if not bigger, than their film industry. Many popular films down the ages owe their origins to successful TV serials. We bring you a list of some of the best TV to screen adaptations out of Hollywood in the last 20 years. Enjoy watching them during the quarantine.

The film is based on the highly popular American action-thriller TV series of the same name which ran from 1983 to 1987. The film tells the story of “The A-Team”, a Special Forces team imprisoned for a crime they did not commit, who escape and set out to clear their names. John “Hannibal” Smith is held captive in Mexico by General Javier Tuco. Hannibal escapes and sets out to rescue Templeton “Face” Peck, who is held captive at Tuco’s ranch. Hannibal saves Face after enlisting fellow Ranger, B.A. Baracus, they stop at a nearby Army Hospital to recruit the services of eccentric pilot Howling Mad Murdock. Later, they are asked by their commanding officer General Morrison to recover U.S. Treasury plates and over $1 billion in cash from Baghdad. They successfully complete the mission but find themselves court-martialled and back in prison on trumped-up charges. How they retrieve the plates again from the bad guys and clear their names in the process forms the crux of this highly entertaining film.

The film is based on a TV series of the same name starring Johnny Depp which ran from 1987 to 1991. Jonah Hill and Channing Tatum star as officers Morton Schmidt and Greg Jenko. The two police officers go undercover in a high school as students to prevent the outbreak of a new designer drug and arrest its supplier. The duo relive their highschool experiences but in reverse. The geeky Schmidt becomes the jock while Jenko begins to take an interest in academic activities. They soon become popular on campus and make friends with Eric (Dave Franco) one of the suppliers of the new drug. However, they become too engrossed in becoming teenagers once more and as a result, get thrown out of the undercover programme. Eric, however, hires them to be his bodyguards and this association leads them to the main supplier, Physical education teacher Mr Walters. They end up killing the drug dealers and apprehending Mr Walters. The sequel released two years later has them continue being undercover as college students. After the success of both films, it’s heard that the producers want to reboot the franchise with an all-female cast.

The film is adapted from a highly successful series full of supernatural elements and macabre happenings going by the same name which ran from 1966 to 1971. Johnny Depp plays Barnabas Collins, an 18th-century vampire who awakens in the 20th century in this rather campy adaptation of the series. Eva Green plays Angelique “Angie” Bouchard, a vengeful witch who plots a vendetta against Barnabas and his family. Angie, a witch, loved Barnabas, who loved another girl and hence rejected her love. Furious, she turned him into a vampire and cursed him to an eternity of torment. She turns the town against him and the townspeople bury him alive. His coffin gets excavated 200 years later and he goes back to Collinwood, his family estate where his descendants now live. Used to a certain style of living, he sets about reshaping the family fortune while coming to grips with the complexities of modern technology. He’s successful in reforging the fortune and wins over the trust of his latter-day family, who begin to think of him as an eccentric uncle. When a reincarnation of his former lover comes back in his life, it looks like fate is finally being kind to him. But Angie isn’t dead and is all set to wreak havoc on his new family. Does he succeed in breaking her curse once for all or will it destroy his newfound happiness?

The film is an adaptation of a popular action series of the same name starring British actor Edward Woodward. The series ran from 1985 to 1989. Unlike the original Equalizer, Robert McCall (Denzel Washington) doesn’t advertise his services in the newspapers. A former black ops operative for the army now suffers from insomnia and likes to read in the night at a coffee shop. When he comes to the rescue of a teenage prostitute named Alina (Chloë Grace Moretz) who is working for the Russian mafia, all hell breaks loose. He has to battle the whole might of Russian mafia single-handedly. Relying on his former training, he goes on a warpath against the Russians, killing them one by one. In a fight scene just before the climax, he uses various items in a mall to kill the evil men and finishes off their leader with a nail gun. Later, he travels to Moscow and kills the Russian mob boss too. The film was designed to set up an action franchise for Denzel Washinton and served its purpose. A sequel came out four years later. Must say the method actor looked good doing action despite his age.

The film is based on the successful spy series of the same name which ran on television from 1964 to 1968. The main concept of the series was a joint American and Russian collaboration against international threats, which was a unique idea indeed at the height of the cold war. The film served as an origin story to U.N.C.L.E. Armie Hammer plays the Russian agent Illya Kuryakin, while Henry Cavill plays American agent Napoleon Solo. Alicia Vikander essays the role of undercover British agent Gaby Teller. Like the serial, the film is set in the 1960s. Victoria Vinciguerra (Elizabeth Debicki) a wealthy Nazi sympathizer intend to build their own private nuclear weapon and give it to lingering Nazi elements. Solo and Kuryakin are told to join forces and track the bomb down. They are also secretly told by their respective agencies to steal the plans for the bomb. They don’t trust each other at first but later, forced by circumstances, must let go of their prejudices to overcome the odds. They are joined by a MI:6 operative called Waverley (Hugh Grant), who later becomes their handler at the newly formed international agency called U.N.C.L.E, designed to tackle threats at a global level.