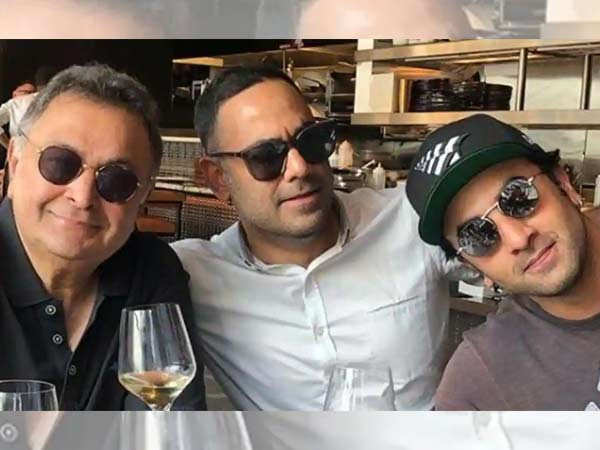 In those pictures, Rishi can be seen posing with wife Neetu Kapoor, and daughter Riddhima Kapoor Sahni.Tagging it as a memory from a New Year’s Eve outing in 2010, Bharat Sahni wrote, “Beautiful memories #2010 #newyearseve Just before Samara was born.”

Rishi Kapoor’s funeral and prayer meet was attended by close family and friends. Sadly, daughter Riddhima could not attend her father’s last rites since she didn’t get permission to travel amidst the lockdown. She reached Mumbai by road two days later.

Check out the photos here:

Our prayers are with the actor and his family…