Team Malang reunites during the quarantine

Team Malang reunites during the quarantine 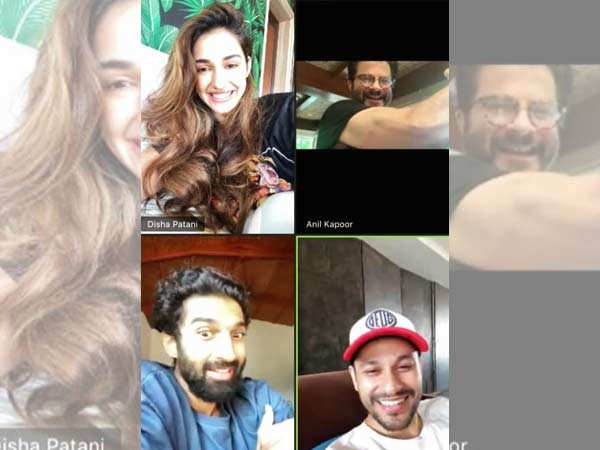 2020 was going well for Bollywood as several films that released in the first quarter of the year did well at the box-office. One such film is Malang, which hit the theatres in February. Starring Disha Patani, Aditya Roy Kapur, Anil Kapoor and Kunal Kemmu, the film was a revenge drama with a complex plot. The film received love from the audience and Disha and Aditya’s crackling chemistry worked well on the big screen.

The team celebrated the success of the film with a big bash before the lockdown was announced and were often seen meeting each other for dinners to catch up. Now due to the lockdown, no one is allowed to head out and therefore Disha posted a picture from her video call with Aditya, Anil and Kunal showing how she is keeping in touch with the Malang boys. She captioned the picture as, “Positive vibes only quarantine reunion with my favourite boys” Cute, isn’t it?