Itâs difficult to think about cinema without Irrfanâ -Homi Adajania

It’s difficult to think about cinema without Irrfan” -Homi Adajania 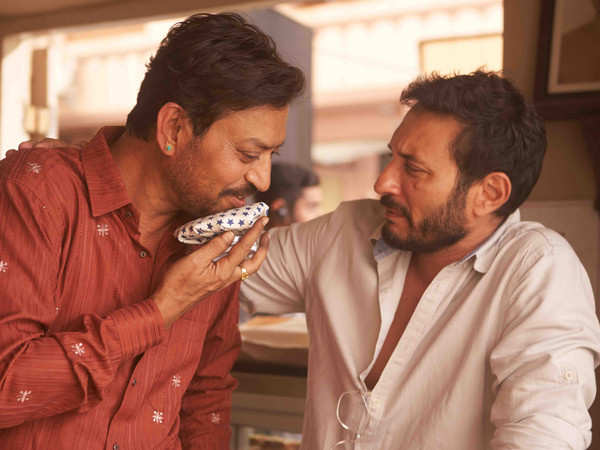 Today the industry is surely coping up with a huge loss of a great actor, Irrfan Khan. Irrfan’s fine act has left a vacuum in the industry and he is surely irreplaceable. Irrfan was last seen in Angrezi Medium. The film was directed by Homi Adajania and he spoke to us exclusively about experience with the actor.

Homi was fortunate enough to work with the thespian for his swan song. Irrfan had resumed shooting for the film after almost a year, as he was being treated in London for a long time. When the filmmaker was asked about Irrfan’s working mantra during Angrezi Medium, as he had joined a film after a hiatus, here’s what he had to say, “When Irrfan Khan walked onto the set on the first day of shoot, it had been a year since he had acted as he had been undergoing treatment for his cancer. I jokingly asked him if he hadn’t forgotten how to act. He seriously replied that he could well have. We didn’t just laugh at this, we cracked up hysterically. Then we looked at each other, abruptly stopped laughing and he said that he wasn’t joking. This was our relationship. Regardless of how tense or stressful a situation seemed, we always saw the absurdity of life and something about everything would always make us laugh from our bellies.”

Homi further adds a funny anecdote about Irrfan and says how much he loved his job and his passion to act in movies, “Towards the end of our shoot, Irrfan told me that he had changed deeply as a person. He had redefined pain as another sensation in his mind. It wasn’t pleasant he said, but it was different, and he was cool with this as it wasn’t pain in his mind. He didn’t want fame or stardom anymore, but when he said “Yaar Homi mujhe acting se bohut mohabbat hai” (I have a deep love for acting), he wasn’t acting, I could feel his words. It’s difficult to think about cinema without thinking about Irrfan and the craft he loved so much gave him so much joy and his audiences somehow felt this same joy.

Irrfan seemed to be watching the circus of life from the outside. He wasn’t interested in jumping into the thick of it anymore. I asked him why he wanted to shoot considering he was undergoing his treatment. His retort was a simple “I’m not dead na… Toh let me live doing what I love”. And this is exactly what he did. Ironically the crew looked to him for strength rather than the other way around. You see, Irrfan never made his problem anyone else’s. I always knew he was a fantastic actor, but more importantly I got a chance to cross paths with an incredible human being and I’ll always cherish this.”

It’s surely a huge loss for world cinema and how he made even the most powerful roles look effortless and even made the flawed-characters most loved. We will miss him immensely at the movies.